Wendy approached Glen Vause to do pencil mock-up illustrations for her Boobook children’s book for which she had received favourable comment from others in the publishing industry. The project was launched early in 2012 and Glen began the illustrations.

Although raised on the Northern Rivers Glen is an ex-Sydney illustrator who started out his career as a professional airbrush artist.

Known for his versatility across differing media, In Sydney Glen got tagged as “The Ol’ Master” among the agency art directors and publishers. This was due to his ability to render oils like the painters of the Renaissance and have them painted in time to meet the tight deadlines.

In 2007 he was hand picked along with five others of the countries best illustrators by a leading Wine company. The goal was to create a series of labels for their new wine branding which subsequently went on to win industry awards.

Glen has won many awards for his fine art and is a four time finalist in two of Australia’s big money art Prizes, namely Adelaide’s Waterhouse Natural History Art Prize and the Country Energy’s Landscape Prize. 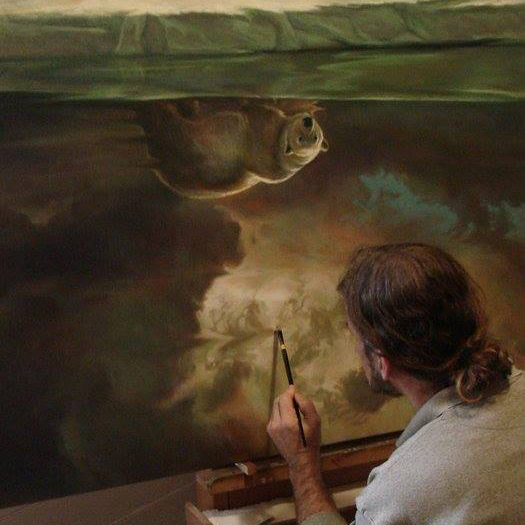